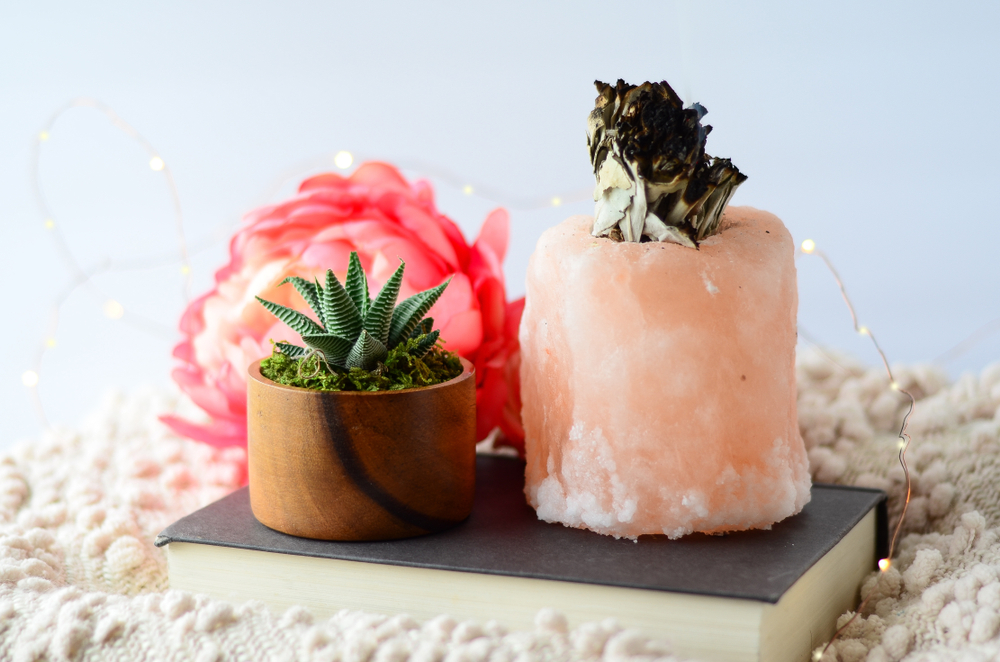 What Sized Himalayan Salt Lamp Is The Most Effective

People often seek different ways to enrich the esthetic value of their homes and create a pleasant atmosphere for themselves and their families. That usually includes using various odors and incense, altering the furniture, and having decorative lamps. At the moment, Himalayan salt lamps seem to be a popular choice among many people. Why is that? Because it’s not just an ordinary lamp. There are several benefits of owning a Himalayan salt lamp. But first, let’s shed some light on what these lamps actually are.

What Is a Himalayan Salt Lamp and How Does It Work?

So what is a Himalayan salt lamp? Essentially, it’s a solid block of Himalayan pink salt that has been carved and refined by hand. The salt is obtained from underground mines in Pakistan, Khewra. There’s a common belief that those mines are the only reliable source of true pink salt. Nowadays, there are many shops and manufacturers who are selling fake Himalayan salt lamps due to the increasing demand for them. In most cases, people can tell the difference, because Himalayan pink salt has a specific color and attributes. Its color can range from a pinkish-orange to light pink, and it’s always a mixture of several hues. Additionally, the glow that comes from it is mild and therapeutic.

In order to understand how Himalayan salt lamps work, it’s important to know that its pink salt is hygroscopic. Which means it attracts water molecules and transforms them into vapor. It’s very effective against air pollutants because it absorbs them and holds them in the salt. The lamp is heated by a light bulb, which is located in the hollow space in the lamp. The heat causes the salt to dry out over time and release the vapor back while keeping the pollutants in.

First of all, we have lamps that weigh from five to seven pounds, which are ideal for smaller areas such as bedrooms and nurseries. For medium-sized areas, a lamp that’s between nine and eleven pounds is the most optimal choice. Large rooms would require a bigger lamp that weighs somewhere around twelve to fifteen pounds. Finally, massive areas and joined rooms need a lamp that weighs, at least, forty to fifty pounds.

Each size has a designated protection area that it can cover. For example, smaller ones cover about 10 x 10 square feet, while bigger ones can cover up to 30 x 30 square feet. If you can, it might be better to have more than one in your home.

We’ve established the fact that Himalayan salt lamps offer way more than meets the eye. Even though their physical appearance seems rather simple, their functionality has so many complex layers to it. Here are my top 5 reasons we use salt lamps in our home.

Air purification is the no. 1 reason why many people decide to purchase a salt lamp. The salt rocks within the lamp have the ability to eliminate smoke, dust, pollen, and other harmful contaminants from the air.

It’s no secret that we have to deal with these contaminants on a daily basis. For example, ozone is the main component of smog or air pollution. It’s everywhere, and it’s simply unavoidable. When outdoor pollutants such as ozone get inside the house, it gets filtered through the lamp and released back into the air as a less harmful substance. It works by absorbing water molecules and releasing vapor into the air.

When the salt gets heated by a light bulb, it emits negative ions that neutralize the positive ones (the pollutants). It causes the pollutant components to stop circulating through the air and fall down to the floor. Therefore, these natural light fixtures promote vitality and good health by dealing with the positively charged ions.

People are often not aware of the fact that many electronic devices emit a substantial amount of positive ions. These are often things that we use regularly, such as kitchen appliances, computers, television, cell phones, etc. All these devices release what is known as ‘’electrosmog’’, or electromagnetic radiation. That form of radiation can’t be seen, but it’s present, and it can cause long-term negative effects.

Numerous researchers have come to the conclusion that these electromagnetic fields have the potential to cause cancer in the long run. Moreover, they could weaken your immune system and cause heart diseases.

Fortunately enough, these lamps can be used in order to prevent and completely neutralize electromagnetic radiation. The effects of the lamps can mimic the difference that people feel when they spend time in nature, around trees and water. Nature has these negative ions everywhere, which is why people can immediately feel the polluted air in the cities.

Himalayan salt lamps almost have the same functionality as air ionizers, because they spread negative ions and neutralize the negative substances in the air.

Another common claim is that Himalayan salt lamps boost mood and generally promote better sleep. There was a statement that ions drain your body when they reach the bloodstream. Once they enter the bloodstream, they produce a biochemical reaction that increases serotonin — a chemical that boosts energy. However, it was scientifically proven that there’s no way that negative ions could directly affect someone’s behavior. Instead, the side effects might be related to the human psyche and mental state.

A good number of people who were exposed to negative ions while being under stress, have shown signs of improvement. For example, depressed people felt pleasant and relieved just by looking at the soothing and emanating colors of the lamp. That same glow creates the perfect atmosphere for sleeping. The light isn’t sharp, and is perfect for a child’s night light or in a nursery for those late night diaper changes and feeds.

Positive Effects on Allergies and Asthma

In modern medicine, Himalayan salt is often used in inhalers to help people who have asthma and various allergies. It does that by counteracting the groups of positive ions that circulate in the atmosphere. There are many people who claim that salt lamps helped clear up their respiratory systems. The hygroscopic ability of Himalayan salt eliminates the pollutants from the vapor and filters it back into the air and offers constant, natural purification of any negative components in the area. That is extremely beneficial to people with asthma and allergies, since they get an endless supply of clean and filtered air.

Another benefit of a Himalayan salt lamp is that they directly affect the indoor smell. The house simply smells better. The lamp itself doesn’t have any discernible smell, it’s the ionization that’s doing the work for you by dealing with the unpleasant odors. What’s more interesting, it doesn’t just mask the smell, in fact, it removes it. Once the warmth from the light bulb comes in contact with the salt rocks, the smell starts to fade away.

Scientists are currently examining the healing properties of Himalayan pink salt. At the moment, they can’t be 100% positive about its effects. Each health claim is tied to an individual experience of the people who have used Himalayan salt lamps. In most cases, people reported that lamps helped them purify their living space and made them feel better.

The most important thing when buying a Himalayan salt lamp is not to get a fake one. As mentioned above, there are numerous shops and retailers who claim that they own the real thing. There’s no way to test the lamp on the spot, so it’s best to find a reliable source and make a purchase there. 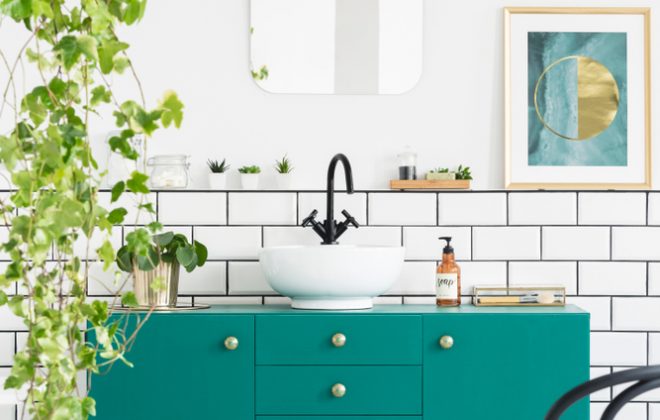 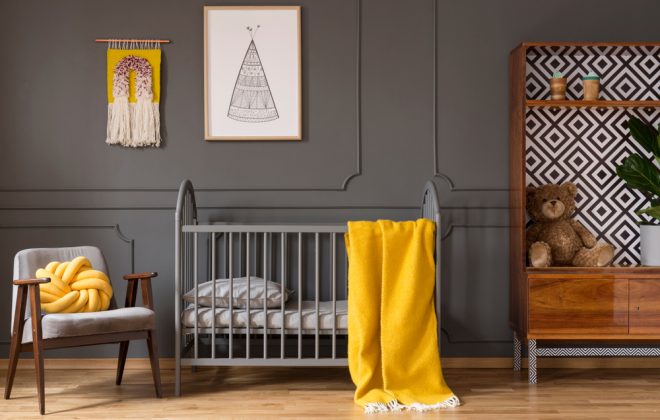 Why You May Want To Consider Non Toxic Baby Furniture 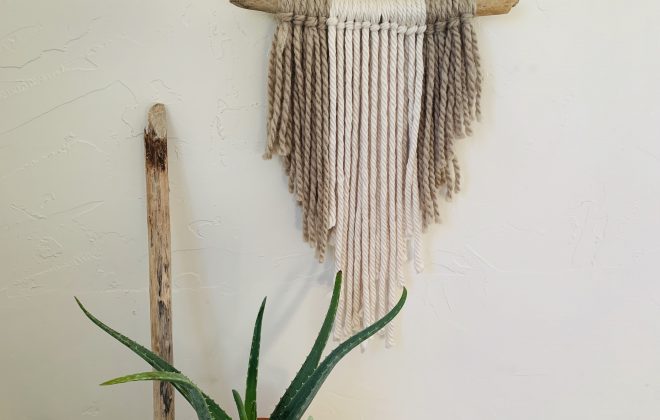 Is a toddler floor bed right for your family?